Card 8 at the Barbengo Middle School near Lugano, Switzerland

I want to share a lesson using card 8 from Geomag Education’s Shape and Space Panels set. There were 20 pupils in the class aged between 11 and 12, looking forward to the end of term! Nevertheless, they enthusiastically opened the blue Geomag Education cases and pulled out all the cards, panels, rods and spheres. I chose card 8 to stimulate their imagination and intuitive thinking, and they delivered on both!

“What can you see on the card?” I asked

“A circus big top”, “an umbrella”, “triangles”, “a pentagon”, “a UFO” and finally… “a spinning top”. Great, so they set to work on the model. I did however remind them to make sure that all the coloured panels on the top must be different. They all found it great fun building the spinning top but the best was yet to come..actually spinning it! Their first attempts were hesitant and generally unsuccessful until they became more daring and then we had 10 tops spinning, exploding, collapsing and a fair bit of hilarity! This led to more discussions:

“Why do you think some tops come apart more easily than others?” I asked

“Because we were too rough?”

They had not studied magnetic polarities so I suggested they pick up 2 rods and “feel” the invisible magnetic forces. They observed how the magnetic rods made “friends” (attracted) or “enemies” (repelled) but the “enemies” would stick together with a sphere between them. However the “friends” were much stronger even with a sphere between them. They all then understood that the connections on their models (the spinning tops) were not all of equal strength and so turned a few of the rods around when the connection was weak. This was a “wow!” moment for them!

With paper, pencil and Geomag spinning top to hand, we moved on to the task of collecting data. I instructed them to spin their tops 20 times and each time record the colour of the side the top landed on. As they did this, I drew a table on the blackboard to collect their findings.

Then, with a top in my hand, I asked them:

“Do you think there is more probability of the top landing on one colour rather than another?

The unanimous answer was immediately: “No”.

“Out of the 20 times you spun the top, how many times do you think it should land on “red”?

Almost immediately, well over half the class called out: ”4”

I filled in the table with all the statistics they had gathered and our findings generally reflected what they had understood to be the “probability” of the tops landing on a certain colour. One pupil came up to the blackboard and pointed out the instances when there were many more or less of one colour, before everyone noticed that when looking at all the findings together, the numbers evened themselves out.

We then discussed how many people we should interview to find out how many of them regularly drank Coca cola in the Canton Ticino (our area of Switzerland). They all agreed that a larger sample would give more accurate results than a smaller sample.

They were positive, creative and willing to apply the knowledge they had to new concepts. Every one of them actively took part during the whole time together.

*Another idea when working with this card could be to collate the data in the lab, using Excel or Numbers for example, and then represent the findings graphically.

Where to find seriel number? 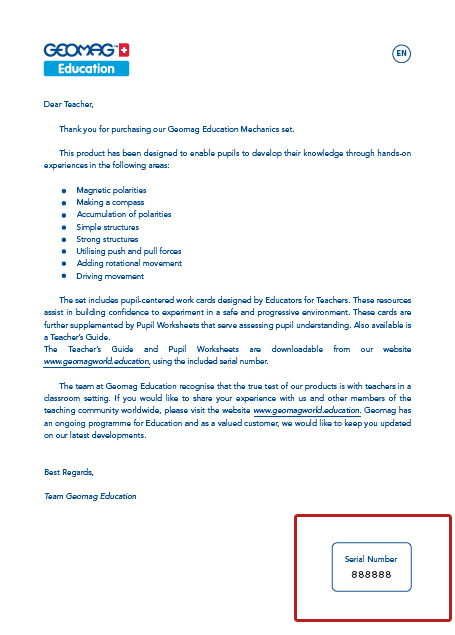